Three-dimensional (3D) reconstruction of plants is time-consuming and involves considerable levels of data acquisition. This is possibly one reason why the integration of genetic variability into 3D architectural models has so far been largely overlooked. In this study, an allometry-based approach was developed to account for architectural variability in 3D architectural models of oil palm (Elaeis guineensis Jacq.) as a case study. Allometric relationships were used to model architectural traits from individual leaflets to the entire crown while accounting for ontogenetic and morphogenetic gradients. Inter- and intra-progeny variabilities were evaluated for each trait and mixed-effect models were used to estimate the mean and variance parameters required for complete 3D virtual plants. Significant differences in leaf geometry (petiole length, density of leaflets, and rachis curvature) and leaflet morphology (gradients of leaflet length and width) were detected between and within progenies and were modelled in order to generate populations of plants that were consistent with the observed populations. The application of mixed-effect models on allometric relationships highlighted an interesting trade-off between model accuracy and ease of defining parameters for the 3D reconstruction of plants while at the same time integrating their observed variability. Future research will be dedicated to sensitivity analyses coupling the structural model presented here with a radiative balance model in order to identify the key architectural traits involved in light interception efficiency. 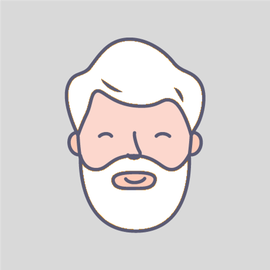 I am specialized in Functional-Structural Plant Modelling (FSPM), and my research interests include light interception, ecophysiology, tree architecture, botanics and agronomy.